It’s Our 10th Year Anniversary at the Z Hotel!

Unforgettable! That is the word most often used to describe the Zanzibar experience. It is a one-of-a-kind adventure broken only by amazing scenery, historied culture, and some lavish pampering. That’s what the Z Hotel is all about. Imagine a strategically located boutique hotel in possibly the best spot along the beach, where leisure relaxation blends with contemporary London–inspired design, and where new memories are made on a daily. What makes it more exciting is that the Z Hotel is 10 years old and they’re looking to party!

That's right. Join The Z Hotel in celebrating its 10th birthday with a beach party on the main beach just in the front of the hotel on Saturday, August 10th at 9.30pm -- with a free fireworks display.

Set in the heart of Nungwi village, a tropical garden that is famous for its spellbinding sunsets and powder-white soft sands, the Z Hotel is the brainchild of British expats, Keith Horan and Julian O’Leary, who opened the hotel in 2009. Whilst on holiday in Zanzibar 15 years ago, the duo fell in love with the natural beauty of the island and the people/culture. Back then the village was a popular backpacker’s destination with but with very few developments. Three years earlier, the founders had begun work on their vision to develop a luxury boutique hotel in the heart of the village, at a time when many considered it a risky venture.

Since opening, the hotel has gone from strength to strength and is now considered the catalyst of the regeneration of Nungwi that followed. Today, the village boasts several 5-star resorts, including Zalu, Hideaway, La Gemma and the recently opened Zuri. The area has the largest selection of independent hotels, bars and restaurants on Zanzibar island, including the Z’s famous seafood restaurant “Saruche”, the renowned French restaurant “La Macis” and recently opened Israeli influenced “Badolina”.

Nungwi has evolved to become the epicenter of outdoor activities on Zanzibar, with guests enjoying the best of horse riding, beach buggies, diving, deep-sea fishing, kitesurfing, and snorkeling. The world-renowned Mnemba atoll is home to one of the highest concentrations of turtles anywhere in the world and is just a half-hour boat ride away. The adrenaline rush that follows is best experienced in person. Want something more calming? Get some stretching done with an amazing yoga session set against the backdrop of nature’s masterpiece.

After your outdoor adventures for the day, retire to a serene and stress-free environment and relive the many memories you’ve made so far. Need some pampering? Head on to the Mnazi Mini spa where you can enjoy a full lineup of different spa sessions, from cinnamon & vanilla foot scrubs to Swahili head massages. If your muscles could use some TLC after the day’s activities, sign up for the hot stone therapy session that is designed to ease that muscle tension and increase blood flow and oxygen to the skin, until you are left feeling soothed and stress-free.

Safari by Z, a sister company to the Z Hotel offers quality safari tours and trekking activities from the alpine landscapes of Mt. Kilimanjaro, Africa's highest peak, to the Ngorongoro crater, a 250 sq km breathtaking collapsed volcano that is also home to exotic wildlife including the big 5 – lions, buffalo, leopards, rhinos and elephants.

The Z Hotel delivers a luxury beach holiday unlike any other, providing provide you with everything you need for a unique away-from-it-all holiday but with all the advantages of modern living, including LCD tv, cable, wifi and docking stations in all rooms. Its London-inspired design is an interesting mix of Philippe Starck furniture and lighting with unique Zanzibari features to create a bright, cheery atmosphere. In fact, the Z Hotel was named one of the ‘trendiest hotels in Africa’ by TripAdvisor and the World Travel Awards.

With its tropical gardens, historic suites, deluxe restaurants and stunning views of the Indian Ocean, the hotel has grown to become one the island's top-rated places to stay, and plays a central role in the Nungwi community.

The Z Hotel plays an active role in the Nungwi community. Currently working alongside the local government, the hotel has provided over 150 outdoor bins to help reduce rubbish in public areas, planted over 1,000 shrubs lining public paths and built approximately 150 meters of boarder walls and fences along public roads.

Following the build of 7 classrooms at Nungwi School a few years ago, in 2018 the hotel finished building three additional classrooms and a surrounding wall. The founders describe witnessing the children being taught in a comfortable classroom environment was a lovely experience they will never forget. The team behind The Z Hotel now has many ventures across Zanzibar and Tanzania, including Safari by Z, The Zanzibar Horse Club, and Kidoti Villas. The duo also plans to unveil a second boutique hotel in Nungwi, due to open in 2020.

We look forward to hosting you as you celebrate with us! 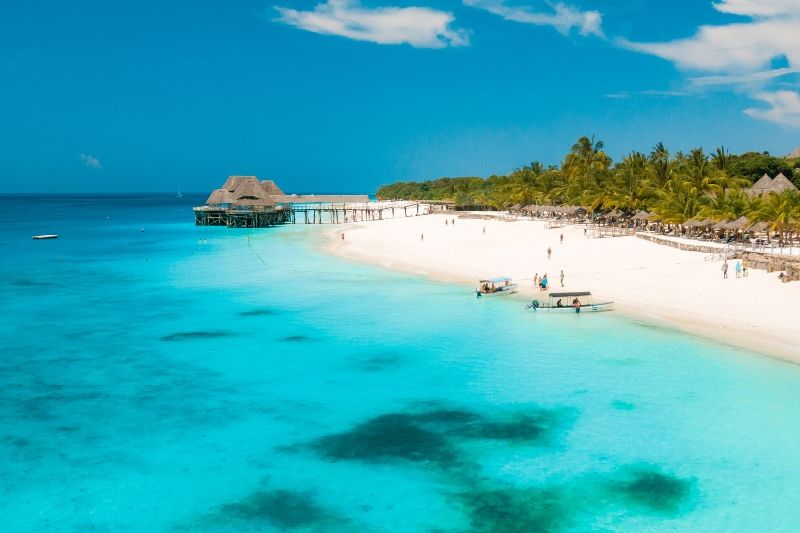 8 Reasons Why Nungwi Beach Is A Top Tourist Destination 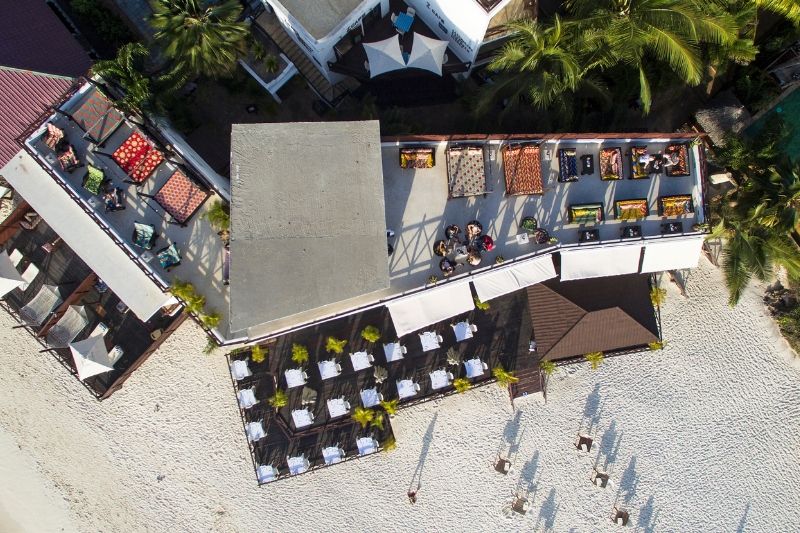 How To Choose the Best Zanzibar Hotel for Your Needs 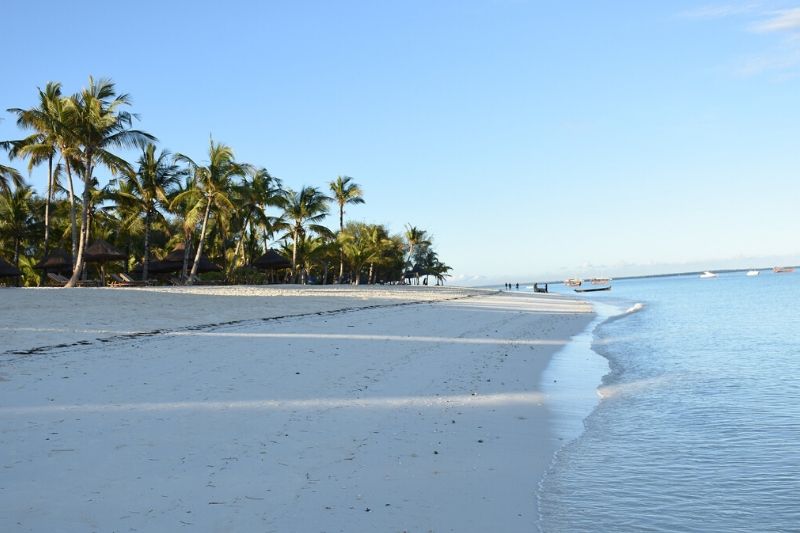 How to Nail a Safari and Beach Holiday Combo

From 4 nights stay:
Bottle of Sparkling wine and fresh tropical fruit plate
+ 30 minutes couple massage
From 6 nights stay:
All the above + Romantic dinner for 2 in Sexy Fish restaurant